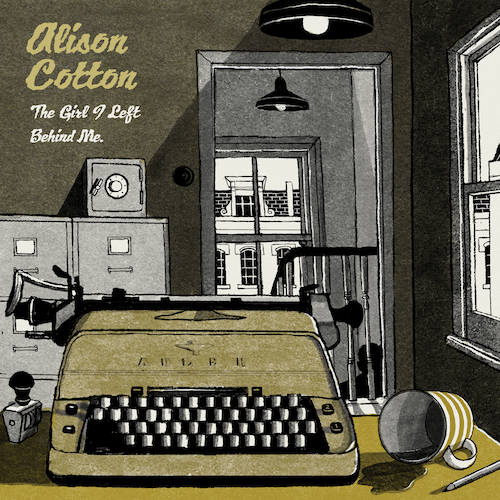 The Girl I Left Behind Me

Alison Cotton - The Girl I Left Behind Me

Alison Cotton – The Girl I Left Behind Me


Alison Cotton is a classically trained viola player based in London. As well as her recent solo work, she is one half of the Walthamstow based songwriting partnership The Left Outsides. She has spent the last two decades performing in bands and collaborating with other musicians.

As well as the viola, she uses an array of other instruments (her voice, harmonium, percussion, recorder, Omnichord, shruti box and piano) to create long, haunting instrumental pieces. Many of her compositions are created for, and named after spaces, whether real or fictional. As she plays, she focuses on the image of these places (‘A Tragedy In the Tithe Barn’, ‘All Is Quiet at The Ancient Theatre’, ‘The Bells of St Agnes’ and her recent Longforn Editions release, ‘Behind the Spiderweb Gates’).

In 2017, she composed and performed the soundtrack to artist Jessye Curtis’ film, ’36 Dramatic Situations’.

Her debut album ’All Is Quiet at the Ancient Theatre’ was released in 2018 on Bloxham Tapes, followed by a vinyl release on Cardinal Fuzz (UK) and Feeding Tube (USA). It was selected by Luke Turner as one of The Guardian Writers Albums of the Year, by Jude Rogers as one of the Guardian Folk Albums of the Month, and placed at number 49 in The Quietus Albums of The Year in 2018.

Last year, Alison was commissioned by BBC 6 Music’s Gideon Coe to create a soundtrack to the Muriel Spark ghost story ‘The Girl I Left Behind Me’. It was broadcast at Christmas and read by Bronwen Price. In the story, the narrator works in a London office, her first job after a long illness. As she leaves work one evening she is struck by a strong conviction that she has left something important at the office, but can't work out what it can be. Alison based this track around a simple melody composition following the form of the narrative, building up the suspense as the story draws to a dramatic and unexpected conclusion.

For the second side of the 10” Alison has created another piece inspired by a Muriel Spark ghost story ‘The House of the Famous Poet.’ This is also set in London, this time in 1944 against the wartime backdrop of the Blitz and V-1 sirens. On a delayed train journey, the narrator meets a soldier and a girl named Elise. Elise, a maid, invites the narrator to stay at the house where she works as the owners are away. The house turns out to be the home of a famous poet who the narrator greatly admires. The following morning, the story takes on a surreal nightmarish quality, when the soldier from the train turns up at the house with an enormous box that he says contains an ‘Abstract Funeral’ which he proceeds to sell to the protagonist. Later that day, both Elsie & the famous poet are killed when a bomb hits the poet's house. It was the idea of the abstract funeral that inspired Alison to create this piece; “The viola has a naturally mournful tone, and I endeavoured to capture the mood of how I'd imagine an 'abstract funeral' march would sound. My viola was completely improvised here, recorded in a single take. My layered vocals enhancing the melancholy and the crescendo of cymbals adding to the solemnity of the drama".

Unfortunately at this time we can't offer all the Alison Cotton - The Girl I Left Behind Me tracks as individual wavs, as some of these tracks exceed the shops maximum (9mins) download length.

These longer wav tracks are available in the full album download.

Unfortunately at this time we can't offer all the Alison Cotton - The Girl I Left Behind Me tracks as individual wavs, as some of these tracks exceed the shops maximum (9mins) download length.

These longer wav tracks are available in the full album download.